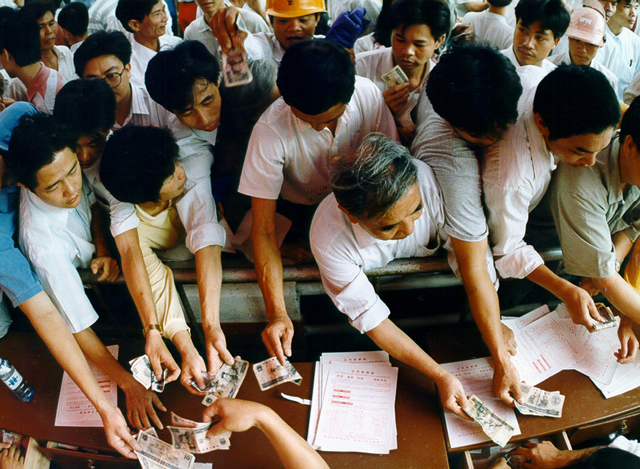 Don’t get caught up in the mindless purchase of famous teas, taste first

Once upon a time there were the classics. These teas were held in high esteem over many centuries, their reputation preceding them. Names like Longjiang (Dragon Well), Da Hong Pao (Big Red Robe) and Dong Fang Meiren (Oriental Beauty) earned honorific status for their distinct flavour, craftsmanship and rarity.

These names meant something.

Especially over the recent years though, these teas have been counterfeited to the point where quality has been completely foregone. At best, replicas have basic resemblance in leaf appearance and even on the palate but they fall well short of the originals. Generally, counterfeit teas like most knock-offs are not refined - commonly in tea, leaves tend to be broad and partially broken and on taste, flavour won’t last beyond the first infusion and astringency is easily detectable.

Now sometimes in the process of counterfeiting, miracles happen and a unique new tea hybrid is derived. Case in point the Dragon Cirrocumulus and the Phoenix Green. But such occurrences are few and far between.

More often than not, counterfeiting has watered down the reputation of the classics so much so that new comers could not be blamed for finding the teas overrated. And on the flip side, experienced enthusiasts find themselves on the defensive, trying to justify how good these teas once were.

Oh, the real stuff still exist, but their quantities are minute due to depleting original terroir. Further, yearly yields are reserved for government officials or sold at exorbitant prices. There’s no wholesale pricing available for authentic classics so if you’re offered these teas at moderate prices, they’re likely to be fake. Be wary also of those who price teas expensively but upon sampling, you don’t find the taste particularly special. The tea could be grown in the origin’s vicinity but are low quality and the merchant could simply be trading off the region and tea names’ reknown.

But what if we took a different tact? What if we voted with our tastebuds and stopped buying teas purely by namesake?

On our recent trip to Fujian, I spotted some merchants with baskets of “Da Hong Pao”. I pointed and said rhetorically that these obviously weren’t the real deal, to which they laughed “Of course not!”. In that moment, as industry guys, we shared an unspoken joke of what classic teas have become. Hopefully we’re not alone in counting down the days of when demand for namesake teas sounds a final death knell.