Let us offer another reminder about what really goes on in matcha which we began discussing about a year ago.

Last year was a big year for this much misunderstood and misrepresented drink, and the fervor continues into 2017. 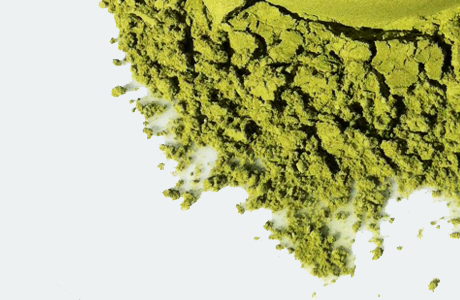 Many are quick to spruik matcha’s health benefits but they rarely if ever give you the downsides. Sure, there are numerous benefits to matcha including its richness in antioxidants (particularly catechins) and some essential vitamins and minerals.

However, as discussed in an earlier article, matcha should be had in moderation. The primary reason is that the tea plant (camellia sinensis) is susceptible to aluminium absorption. Usually, not much aluminium traces may come out in a standard water-steeped tea but because drinking matcha is ingesting actual (grounded) tea leaves, you are putting the plant’s absorption directly into your body.

Why is aluminium a concern? Aluminium is considered one of the worst neurotoxic metals. Neurotoxins poison the brain and nervous system. Aluminium in particular are linked to degenerative brain diseases such as Alzheimer’s and Parkinson’s as well as bone diseases*.

Joint FAO/WHO Expert Committee on Food Additives (JECFA) advises the provisional weekly tolerable intake (PWTI) for aluminium to be 2mg/kg body weight. So for a person weighing 60kg, that’s a limit of 17.14mg per day.

What’s of particular concern was that the second highest aluminium read of 17.3 mg/L belonged to one of the most prominent Australian matcha companies who heavily promote their product as a health-leading “green superfood”.

The average aluminium level of the teas tested was approx. 12mg/L. So a standard serve of 200ml would mean 2.4mg of aluminium, about 14% of the daily equivalent of the PWTI for a 60kg adult. This may not seem an alarming percentage but there are some variables that will greatly skew the impact in reality. Firstly, a lot of baristas don’t stick to only 0.8g per serve. In fact, many drop a whole teaspoon’s worth when frothing up those “matcha lattes”. This could be 5g or more, more than 5 times our suggested serve. So in just one cup with a heavy-handed barista, you may have met your tolerable intake for the day.

Also, what about people baking with matcha? For every green tea brownie you throw down, you’ve really got to know how much matcha was used to turn that thing into all its candescent hulk green glory.

The other thing of course is the amount of aluminium that you ingest via everything else that goes on in your day. The food and water you consume, the toxins you breathe in. So what we’re saying is, there’s no reason to add to it by overdosing on matcha.

Like any Insta-fame miracle beverage, look into it before you make it a daily ritual or worse still, an obsession.

“1.5 How can aluminium affect my health” – Agency for Toxic Substances & Disease Registry