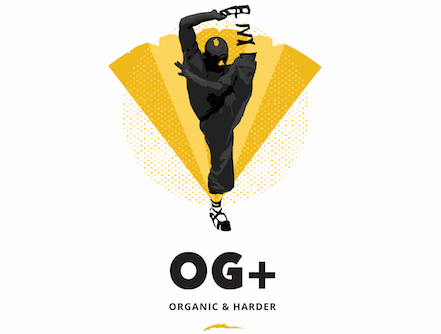 Though we’ve been doing organic teas since we started, our OG+ initiative serves not only as a reminder but demonstrates that we go beyond having blind faith in a producer's paid “certification” label.

OG+ is about going organic and taking health further. It means:

Each topic section below will be updated with new findings and information as we receive them, so do check in regularly.

Heavy Metal Screening
Through Tjok’s research as a homeopath, he understood the adverse impact of heavy metals on vital organs. Though heavy metals are found in the environment around us, we want to limit the direct consumption of them. So we screened our teas with the National Measurement Institute (NMI) for any traces of heavy metals.

From the data gathered, traces of metal elements (aluminium, cadmium, lead) found were low to undetectable (<1ug*) levels. *NB a "ug" = microgram which is one thousandth of a milligram (mg) i.e. 1ug = 0.001mg. Still, these can be further minimised in a number of ways. Coincidentally, these are ways that actually result in better tasting offerings anyway:
1. Do faster steeps. Because tea absorbs metal elements through the soil, a lot of this is contained inside the plant as opposed to just sitting on the surface of the leaf. So the longer the tea sits in water, the more solids breakdown and hence more presence of metals.
2. Choose more whole leaf vs broken leaf. Broken leaf is denser per volumetric measure and undergoes more processing. The brew will therefore generally contain more trace metals than its full leaf counterpart. E.g. a CTC (broken) Assam can have about 4x the aluminium levels as an orthodox leaf.
3. Generally, lean towards organic choices but don't stop there. From our testing, though trace elements were generally low across the board, organic tea tend to have even less e.g. an organic Assam had 1.58ug*/L of aluminium vs 3.6ug/L on the conventional (either of these levels could also be halved by doing shorter steeping times as per 1. above).
4. If you haven’t already, try pu-erh. Its microbial aging can result in the production of lovastatin, a natural statin. Statins are used medicinally to lower levels of bad cholesterol.This aged tea (especially the shou “ripe” versions) also tested very low in presence of heavy metals.
5. Limit your intake of matcha. Those who spruik it may emphasise that because you’re ingesting entire grounded leaves, it is much more nutrient rich than teas that are simply steeped. Whilst that may be true, you’d also be consuming a much higher level of any existing trace elements.

Pesticide & Fungicide Screening
With the required standards for organic certification and the maximum residue limits (MRL) of chemicals varying from region to region we thought it best to begin our own series of tests to screen for any trace chemicals on the leaves or in the brew. While allowing us to audit any teas certified as organic, it will also give us a chance to test our conventional grown teas to ensure that any chemicals present on the leaves are below the MRLs set by the Australian Government.

We first sent one of our highest selling teas, Silver Jasmine, to be screened by Agrifood Technology. The test screened for 150+ chemicals. The results showed absolutely no traces found in the brewed tea when prepared in accordance with our brew guide parameters. Note that the producer of our Silver Jasmine has never applied for organic certification in China, they were simply a trusted source we've been working with since 2010. As the reliability of certification in China is often questioned, the producers found certification to be a pointless cost.

Next up, we sent our White Peony to be screen by Agrifood Technology. The results were just as promising as the previous, no traces of chemicals were found in the brewed tea when prepared in accordance with our brew guide parameters. This shows that independent testing and seeking trustworthy sources on our end is much more vital to ensuring that tea meets Australian organic standards. Without this independent verification and diligence, we could miss out on good organic teas and conversely, we would not know for sure if teas certified as organic actually have below MRL of chemicals.

We will continue to have Agrifood Technology screen more of our teas, stay tuned.

Beneficial Nutrients
The absence of chemicals and heavy metals helps prevent damage to our health, but what about the good stuff? What are the nutrients found in tea?

Tjok's work as a homeopath has helped us understand the benefits of various herbs and as such, we're able to develop herbal blends to meet certain health goals. But let's begin looking at the beneficial nutrients found in actual tea (Camellia Sinensis) and see if/how processing can affect this.

We sent a range of teas to the NMI to screen for beneficial minerals. Numerous minerals were found including calcium, magnesium, sodium, potassium, phosphorus, manganese, silicon and zinc.

Non-oxidised teas (whites & greens) are often heralded as having the most health benefits of all teas. This is due to the minimal intervention of leaves allowing them to retain many of the antioxidants naturally found in the Camellia Sinensis plant. What we also discovered was that these teas are an excellent source of manganese; in some cases containing up to 2.4mg per 300ml serve. Manganese is an essential nutrient to the body as it is necessary for normal brain and nerve function, metabolises fats and carbohydrates, regulates blood sugar and helps form connective tissues and bone.

Findings revealed beneficial minerals were not restricted to non-oxidised teas. Across the board, our teas displayed high levels of silica, which promotes firmness and strength in tissues and works with calcium to restore bone health.

Minerals play an essential role in a healthy lifestyle but they work hand in hand with vitamins. Our next phase of testing with NMI will include screens for benefical vitamins. Watch this space.